It’s been a while I know. Dale Farm suffered a great shock to the system in May when Sue and Steve (our entire staff) left suddenly after Steve became seriously ill.

An ambulance took him away and after many weeks in hospitals in York and his native Newcastle I am pleased to report that he is now, although still on crutches, recovered well enough to chop a tree down and annoy the new neighbours.

Sadly for us he won’t be returning to work or at least not like the grass cutting he did for us which involves walking around 5 miles for each cut. Sue and Steve are an inseparable pair so we also lost the best housekeeper you could hope to have as well as a great friend.

It’s not just the hard work we miss though; their cheerfulness despite facing some difficult times in recent years was infectious and the farm has been a duller place without them. They got more mentions on Tripadvisor than we did and guests absolutely loved them.

Anyone who has worked in hospitality will be clutching their chest in horror at the thought of losing your handyman/gardener/cleaner/housekeeper with a weeks notice at the start of a very busy summer season including 4 weddings!

Well…we survived with a bit of hard work, the help of family and friends and the brilliant Laura from First Impressions Cleaning Services who stepped in at short notice. And we have found another couple crazy enough to want to work and live here who I hope will eventually stamp their own personalities on the farm in as positive a way as their predecessors.

So things are a bit calmer, the season is slowing down and we even had a bike ride last week – first one since April for me – hence this post. Anyway here is a lovely photo of Sue on her last day and another photo which she will kill me for posting but really captures the pair of them. Good luck Sue and Steve and put your feet up…you deserve a rest! 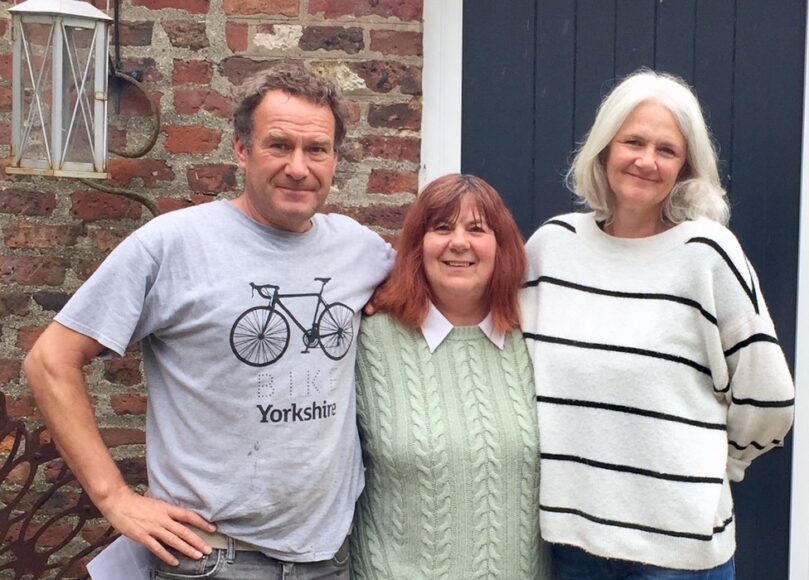 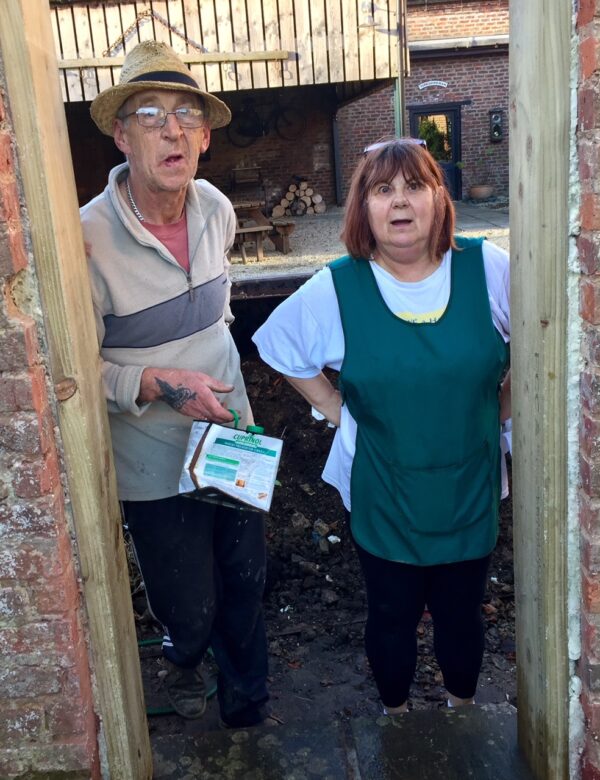