What do we dream of during lockdowns? I dream of eating out in bustling restaurants particularly in European cities on hot summer nights. Here are some of my memorable restaurant experiences…

Favourite restaurant a taverna in Crete – don’t think it had a name. Just served small carefully cooked simple Greek dishes such as stuffed peppers and baklava under a shady canopy on a hillside overlooking the sea. Tapas Bar de Pintxos, in Santa Catalina, Palma – hard to pick one favourite in Palma. Locally, Marine Bar and Grill Whitby.

Best holiday food – a starter in Florence called lardo which was just a tiny portion of exquisitely tasting lard, a plate of clams in a touristy restaurant in Cordoba – the sweetest ever. Croissant, apricot jam, coffee, Ile de Re (or anywhere in France). Lobster – served takeaway out of newspaper, like fish and chips – Martha’s Vineyard. Sweet and fatty Iberico ham anywhere in Spain, seafood platter Lock Fyne – the actual Loch Fyne. Coffee everywhere in Italy (jealous.)

Most memorable – service station food in India (again…jealous), hunter’s platter in Iceland (whale, puffin, pony), eyewatering prices in Iceland, Harry’s Bar at the Waldorf Hotel, Harry’s Bar in Venice. Oyster Bar Grand Central Station – still thought oysters a bit yuk then but y’know it was the Oyster Bar at Grand Central Station. Eating in Rome with motorbikes whizzing past your table every second – you get used to it. Irish Pubs around the world but especially in Ireland and specifically in Westport with friends.

Sigh….so hope you can hang in there restaurants. Good luck, we will be back soon. 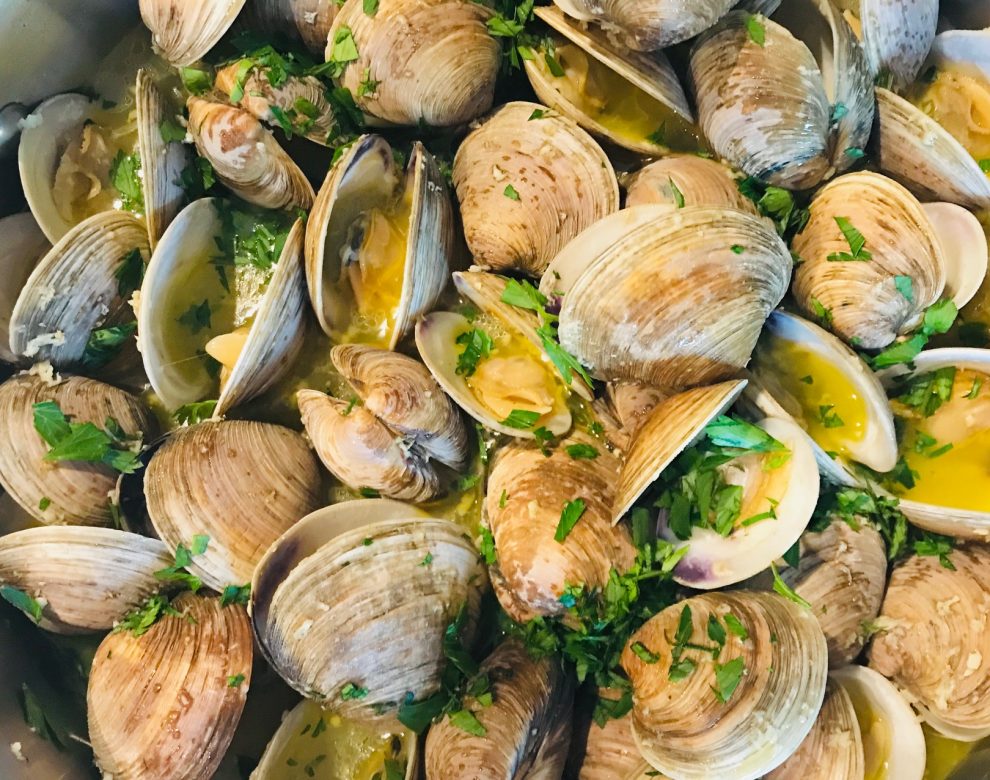