They called me Jacky

Home - Blog - They called me Jacky

In the same week that HRH Princess Charlotte Elizabeth Diana of Cambridge entered the world we had a new addition to our own family in the shape of a 16 week old black Labrador puppy. He seems to be an amiable little chap and has certainly landed on his feet at Dale Farm.

The hardest thing about his arrival was choosing a name.  His breeder Katie had been calling him Jerry.  I like the name but couldn’t imagine shouting that across the beach at Hunmanby Gap.  Paul suggested Jez but this was universally hated by everyone except us.  Main reason that most people knew someone called Jez who they didn’t like!

We considered many options until our daughter Katherine said we’ll call him Jacky. We liked Jacky and toyed with Jacques for added Belgian cool but it soon became obvious that he was going to be plain old Jack.  Our friends Terry and Lynn had a much loved black lab called Jack.  When Jack died he was replaced by Harry but so many people called him Jack that he answers to both names now.  Paul calls most dogs Jack and I call most dogs Zac (the name of my sister’s dog) so in the interests of middle aged forgetfulness we will be calling the new dog and any future dogs Jack.

I’m no puppy groupie but I have to admit that he is cute…cute in a stupid-ass way. 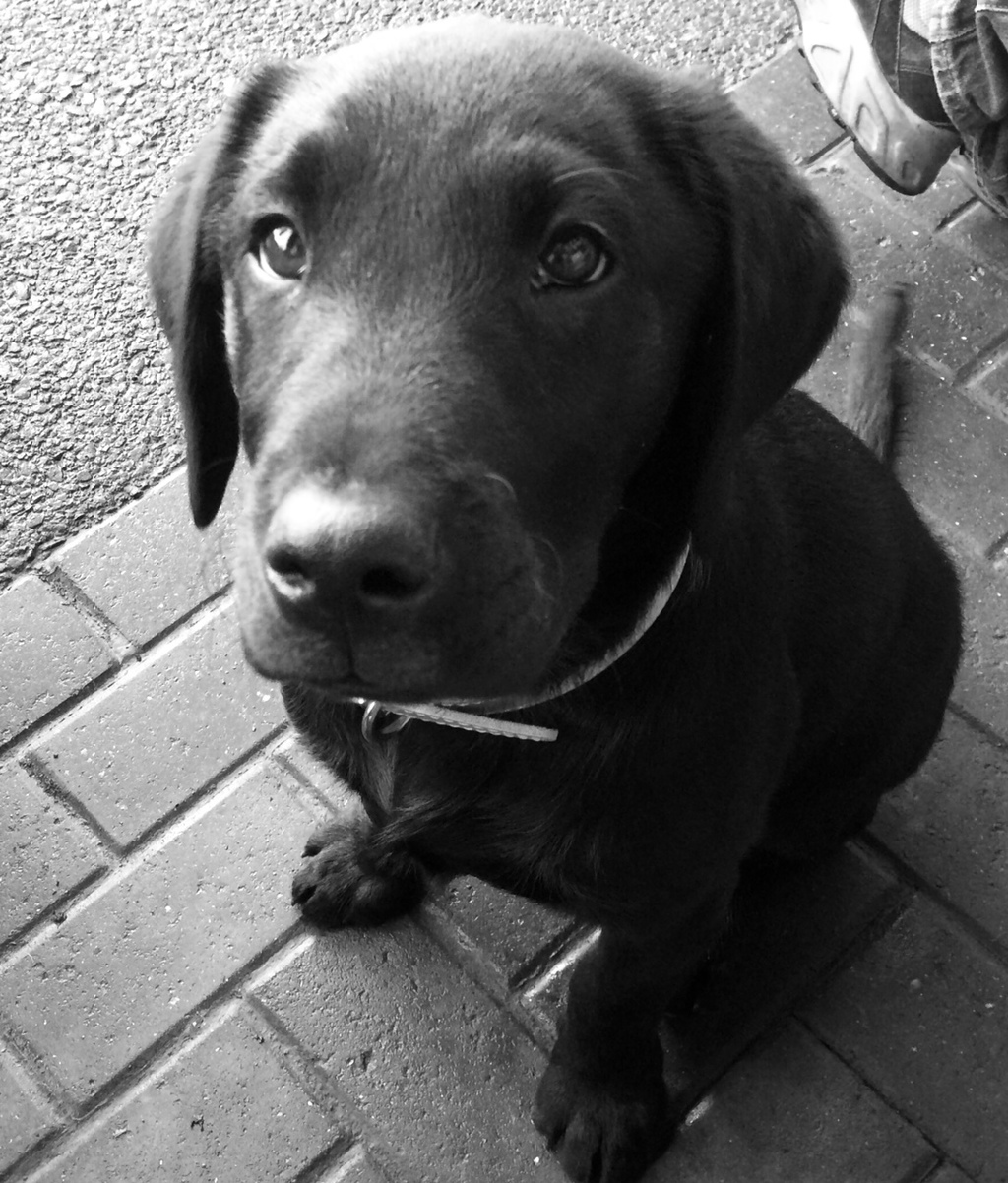 P.S. Weirdly Paul has started calling him Kim now (a dog we had 30 years ago!)